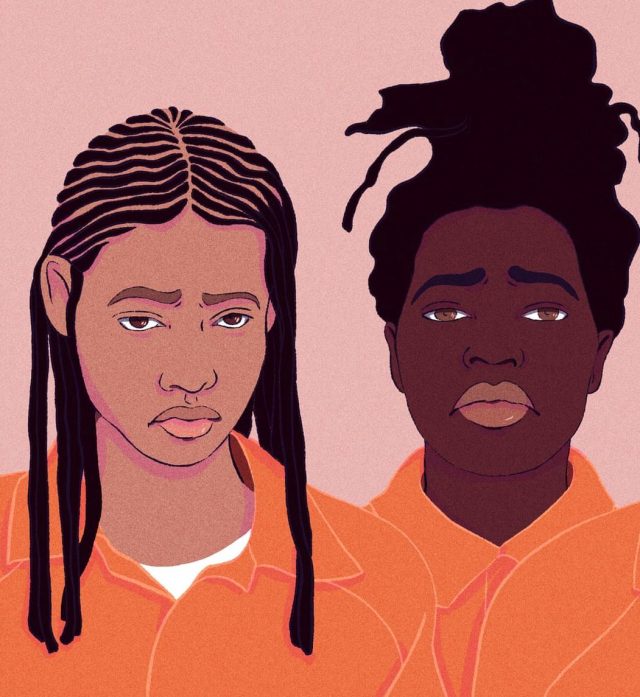 The Shifting Sands piece (Injustice arising from pursuit of FGM prosecutions-UK), and Marge Berer’s excellent blog (Prosecution of FGM in the UK: Injustice at the intersection of good public health intentions and the criminal law) discussing in detail the 2019 FGM prosecution and conviction, invite various observations.

Although written in restrained language, Berer’s is a well-reasoned but damning indictment of a trial which has every appearance of being a gross miscarriage of justice caused by ignorance and apparent bias affecting all of the main participants. This view is corroborated by others who attended the trial at London’s Central Criminal Court (Old Bailey).

The context is a societal background of universal brainwashing by the anti-FGM ‘industry’, reciting a narrative constructed in the 1970’s through the blinkered cultural perspective of white, radical feminists. This narrative is exaggerated, largely untrue, and almost irrelevant to the situation in the UK today, yet it continues to be recited verbatim by the mainstream media and accepted uncritically by politicians, state agencies and charities.

This has led to a criminal law which is racist, sexist, hypocritical and intrusive, and a political ‘crusade’ in the form of a frenzied ‘witch-hunt’ to obtain the first conviction for FGM. This has caused enormous social damage to innocent families and their communities. In this case it has destroyed a family and inflicted social harm on both children far greater than any possible consequence of the alleged crime.

Successful proof of a crime normally requires clear evidence of a motive, a ‘weapon’ and an opportunity.  All three of these elements were conspicuously absent in this case.

The Prosecution, presumably desperate to obtain a conviction to justify the political crusade, was highly aggressive and, unable to present specific evidence, resorted to culturally and racially biased character-assassination of the defendant. The Defence appears to have been ineffective, and arguably negligent in not lodging an appeal.

Two young children (a three year-old girl and an eight year-old boy) were repeatedly interrogated over a long period until they finally changed their stories to align with what their interrogators wanted to hear. The boy declined to give his evidence in court.

The Judge admitted evidence brought by the Prosecution which would normally be excluded as highly suspect or irrelevant.

The Jury, probably also subconsciously influenced by the insidious anti-FGM narrative, appears not to have understood its duty to convict only if a case is proven beyond reasonable doubt.

The injury to the girl (loss of her inner labia) was little different to cosmetic labiaplasty which is available to white teenage girls on the NHS. There was no suggestion of damage to the girl’s clitoris, which is normally implicated in the most commonly described types of FGM, and lasting consequences are likely to be minimal. Despite this, the mother was sentenced to 14 years, the maximum term allowed. This makes it difficult to avoid a suspicion of extreme bias in favour of the political crusade, with total disregard for the welfare of the girl, the defendant and her wider family.

The Criminal Court proceedings are reminiscent of previous shocking miscarriages of justice:

In Orkney, in the 1990s, allegations of ritualistic satanic abuses led to children being removed from their homes in dawn raids, parents prosecuted and families devastated by what turned out to be nothing more than a figment in the lurid imaginations of a group of social workers and local police officers.

In the early 2000s, mothers Sally Clark, Angela Cannings and Trupti Patel suffered the tragedy of multiple cot deaths. They were prosecuted and imprisoned for murder on the basis of ‘expert’ medical evidence which was later shown to be fundamentally flawed. Despite the absence of evidence of guilt, and without alternative explanations, it was simply assumed that the mother, the person least likely to have harmed the children, was guilty of their murder.

Berer also refers to previous attempts at prosecution which were thrown out of court by either Judge or Jury. Sir James Munby, in his thoughtful judgement in the Leeds case, urged caution in reaching a conclusion which would impose further hardship on implicated children. In contrast, the proceedings described in the Old Bailey trial have characteristics of a ‘kangaroo court’, determined to reach a guilty verdict irrespective of evidence, and to impose the maximum sentence without consideration of its damaging effects on the girl and other innocent parties.

The anti-FGM industry has doubtless been celebrating the imprisonment of this unfortunate woman, using it as a pretext to seek additional public funding to support their interventionist cause. It will be intersting to see whether their celebrations continue when another girl sustains a straddle injury and bleeds to death because her parents, terrified of facing a similar prosecution, do not take her for emergency medical attention.

The woman should be released immediately and the family re-united pending a properly supported appeal or re-trial. The proceedings described gave the mother as little chance of a fair trial as a medieval women suspected of witchcraft being thrown into a pond to see if she would sink or float. She has been sentenced to 14 years in prison for the only crime proven beyond reasonable doubt: that of being an African woman.