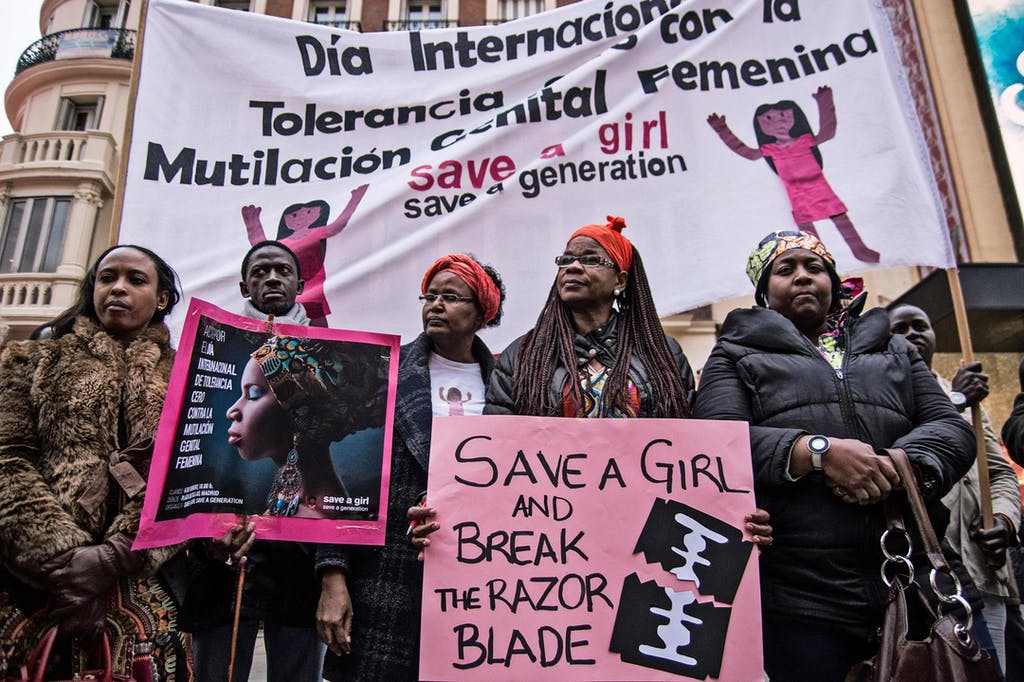 This article is featured in the May 2021 issue of The Critic by Ella Whelan
Read the Full Story at https://www.shiftingsands.org.uk/fgm-perils-of-a-cause-celebre/

Anti-FGM campaigns are a cause célèbre among many feminists — an easy win, especially if you’re critical of other feminist campaigns. I often hear people say, “Yes, making misogyny a hate crime is ridiculous, what we should really be doing is cracking down on FGM.” It even has its own UN-sponsored day — the International Day of Zero Tolerance for Female Genital Mutilation. Nimko Ali and other campaigners have used their own compelling personal testimony to push for government support for stricter legal measures (in Ali’s case, becoming quite close to Boris Johnson and his fiancé Carrie Symonds, as well as being named the new UK Home Office independent advisor for tackling violence against women and girls). The question is, does all this amount to a better life for women?

Zainab Nur doesn’t think so. Now in her 50s, Nur was born to migrant parents and has been a trained social worker for over 25 years, living in Cardiff. Nur tells me that the obsession with FGM in the UK has far more to do with the likes of my friends feeling better about themselves for thinking they support a “real” cause, rather than protecting women from harmful practices. Having lived and worked with women and families from various African diaspora communities in Bristol, Sheffield, Cardiff and elsewhere, Nur knows better than most what is going on in Somali and Sudanese women’s lives. But perhaps the most fascinating thing about her experience of what she calls the “anti-FGM industry”, is that she was there at the start.

Read the Full Story at https://www.shiftingsands.org.uk/fgm-perils-of-a-cause-celebre/