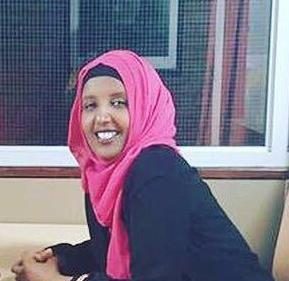 Since the beginning of the industrial revolution, it was known that there were early settlements of African communities in port cities in Britain.
Some of these early migrants attempted to maintain their heritage. Many maintain links with their families and with their homeland, through adherence to cultural traditions. For some female as well as male circumcision were among the customs that was continued to practice, even though they settled in western countries.

Female circumcision first became a criminal offence in the UK in 1985, with the Prohibition of Female Circumcision Act 1985. This was replaced everywhere except in Scotland by the Female Genital Mutilation Act 2003, which modernised the offence of FGM, including assisting a girl to carry out FGM on herself. It also created an extra-territorial offence to deter people from taking girls abroad for FGM, and increased the maximum penalty for FGM offences from 5 to 14 years’ imprisonment. Nobody was convicted of FGM until 2019.

From 2010 onwards high profile campaigns led by activists, professionals, charities, and community organisations, supported by politicians, made FGM a household issue. They claimed there was an epidemic of FGM in the UK, with the practice happening in secret under our noses, or overseas during the school holidays. The very few cases seen were described as the ‘tip of the iceberg’. There was no evidence of more, but certain activists and campaigners, many from the African diaspora, promoted these myths and were believed, supported by an unquestioning media that thrives on sensationalism.

Another piece of legislation, the Serious Crime Bill 2015, was passed as a result. It created an FGM Mandatory Reporting Duty, which required specified regulated professionals (health, social care and education predominantly) in England and Wales to report known cases of FGM in girls under 18 years old directly to the police. FGM Protection Orders were also elaborated to protect potential or actual victims of FGM. These could involve restrictions like surrendering passports and not being allowed to travel abroad with their children. They caused huge upset and inconvenience when imposed, often by overly zealous professionals with little or no evidence of risk.

Do these laws protect children? There is no evidence to suggest they do. They have not been reviewed or evaluated and there are no data on the number of children actually protected by them nor reasons documented as to why safeguarding was considered necessary. Many affected African families believe they were targeted only because they come from traditionally practising communities, despite them no longer practising or supporting FGM themselves.

I was one of the first campaigners to support the FGM law. However, since then, as a social worker, I have learnt from African communities who shared their stories that instead of being supported, they feel targeted and racially profiled, based on what are in reality discriminatory FGM safeguarding policies. These policies have been developed into safeguarding measures, with the implementation of discriminatory risk indicators.

Unfortunately, what has transpired is that hundreds of families have been unfairly targeted by professionals, leading to inappropriate police investigations, care proceedings, and children placed on FGM Protection Orders. Thus, the FGM laws have greatly affecting so many in our communities, especially those who have no assistance to fight a system that has accused them unjustly.

In 2018, I encouraged several women to share their stories in a BBC Wales news feature in June 2018. One young mother that disclosed that she was circumcised as a young child in Africa, while living under the care of her maternal grandmother, was subject to care proceedings as she was considered a risk to the baby girl that she just gave birth to.

More recently, in January this year, a family in Slough was featured on the Victoria Derbyshire Show, as all their five children were taken into care, as they disclosed that they were emigrating to Africa. We gave examples of women who were being referred to safeguarding only because the mother had FGM as a child and her children were falsely considered to be ‘at risk’ of FGM automatically, if FGM is still prevalent in her country of origin.

FGM training by local authorities and the NHS also teaches staff that a major risk indicator includes women who disclose that they had FGM as children in their country of origin – as all being likely to have their daughters cut. Thus, migrant African women who have had circumcision are being victimised for something that happened to them as children even when they have no wish or intention to maintain that tradition.

When accessing health services like antenatal, gynaecology or paediatric, patients are asked whether they have had FGM. Women are surprised at being asked such a personal question so insensitively. But they answer truthfully because they do not want to lie to the authorities. They do not anticipate the consequences of telling the truth, i.e. the risk of their daughters being removed. This is highly traumatic. If the child is removed, it is a major fight to get them back, often requiring the help of legal experts and advocates over many months.

The woman’s response is recorded in her antenatal notes and in her child’s health record. In England, it should also be centralised to NHS Digital. Although this does not always happen, it is sometimes done without the women’s knowledge or permission. This is a violation of confidentiality. Women have stopped seeking other healthcare that they need as a consequence, which is not an outcome anyone should accept.

The data are published in quarterly and annual NHS reports. But the number of FGM cases reported are regularly misrepresented as “new cases” when in fact they are mostly historical. Children with FGM accessing services also have this data recorded, but most of these cases are also historical. The few new cases reported are genital piercings in white, pregnant teenagers, recorded only because this is also classified as FGM under the law and “discovered” during antenatal care. Nobody seems to want to question this.

In fact, only a small number of migrant African women living in the UK seek healthcare specifically for problems with FGM, which often occur when they marry or are trying to get pregnant, while the FGM itself took place when they were children.

Another important issue is the inaccurate FGM data that are constantly being reported in the mainstream media, based on a misunderstanding of what has been recorded. These data imply that there are a large number of girls in the UK being cut, in the UK. This false information has been circulated at FGM safeguarding and training events as well as in the media by certain anti-FGM activists and educators.

Before the reporting system was initiated in 2015, a City University report by Professor of Perinatal Health, Alison Macfarlane and anti-FGM advocate Efua Dorkenoo, had estimated that in 2011 approximately 137,000 women living in England and Wales, born in countries where FGM was practised, had undergone FGM as children in their home countries. The authors were not able to estimate the numbers of women and girls born in England and Wales who had undergone FGM, nor could they assess the numbers ‘at risk’ of FGM. Their work made it clear that it is important not to assume that these women’s daughters were or are at risk, as many families have given up FGM on migration and attitudes have changed substantially. This fact has been lost in the past five years, during which the pursuit of those who may cut their daughters has grown out of all proportion to the numbers of children actually at risk.

In conclusion, it is wrong to assume that everyone who is of African origin, who came to the UK as a child from a country where FGM is or was prevalent, still supports FGM. In fact, most women of African descent have said the opposite, especially young women who have been born in the UK, who say they would never let it happen to themselves or their children. Much has changed in the last 20 years in this regard. Racial profiling is a form of discrimination; it is against the law and must stop. The training of those responsible for safeguarding children from all kinds of abuse must also change as a result. The mainstream media have been given false information; they need to question it. FGM is certainly still a problem in a number of other countries, but exaggeration of the problem helps no one and causes harm.

I have worked with communities and advocates on this issue across the UK. I have not heard of any cases of children who have been cut in the UK, and we believe that if cases exist they are rare. A growing number of people who oppose FGM, as I do, agree with me.